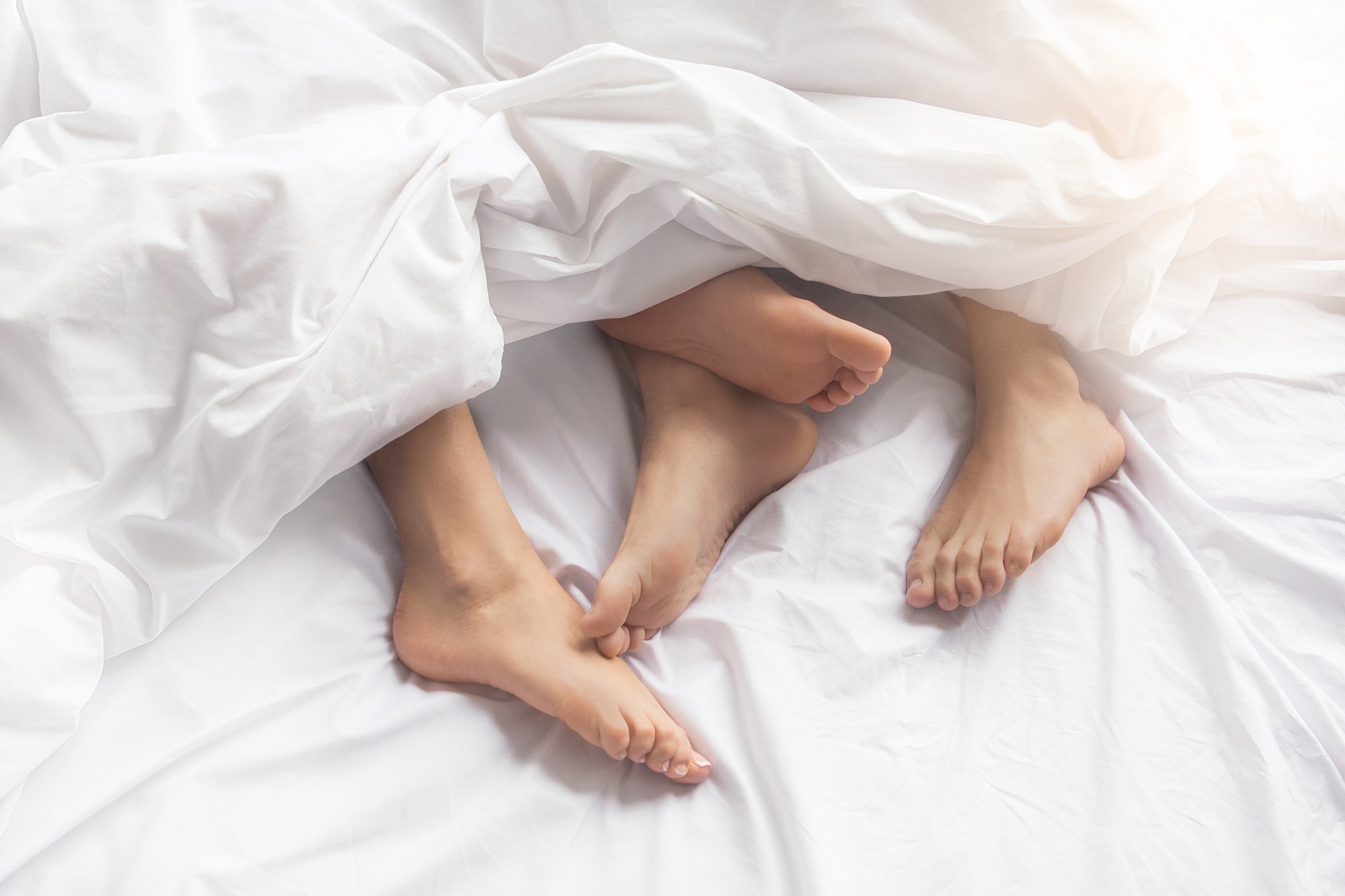 Shock Wave Therapy for ED: A Guide to the Cost, Benefits, and Process

By Suleyman BilgutayAugust 25, 2020No Comments

Do you suffer from erectile dysfunction? Have you depleted all traditional treatment options? Well, hold on there, have you tried shock wave therapy? Don’t be worried; it’s not as bad as it sounds. It’s non-invasive and requires no downtime, so why not try it? In this article, we will cover what shockwave therapy is and what the benefits are. Also, if you want to know how much does shock wave therapy for ED cost, keep reading.

What Is Shock Wave Therapy?

In a clinical setting, shock wave therapy is referred to as low-intensity shock wave therapy. It’s a non-invasive procedure that has been used in general orthopedics for decades to help with the recovery of injured tendons, broken bones, and harmed ligaments.

It has also been used for healing wounds, and through targeted high-energy waves, it can speed up cell growth and tissue repair.

So what does this mean for someone who has ED? Well, erections are a byproduct of healthy blood flow in the penile tissue. Shock wave therapy is touted as being able to repair and enforce blood vessels in the penis. Thus, leading to increased blood flow.

This means that it is capable of performing the same method of action as traditional ED treatments, such as Viagra and Cialis.

How Does It Work?

It’s abbreviated as Li-ESWT, which means low-intensity extracorporeal shock wave therapy. In premise, it’s merely a machine that can send out acoustic signals and consequently, a charged shock to the tissue, much like a lithotripsy device that is used for kidney stones.

This means that you can create mechanical energy and deliver it towards tissues, thus promoting angiogenesis in the penis, and generating local chemical factors, such as paracrine signaling, stem cell activation, and growth factor.

In other medicinal practices, shock wave therapy is used to treat issues, such as heart disease, diabetes foot ulcers, etc. And for the past few years, erectile dysfunction.

It might seem extremely unhinged, but the process itself is straightforward. When visiting a healthcare location, a clinical would use a handheld wand that delivers mild acoustic waves throughout the penis. The drug-free method is non-invasive, meaning it does not require anesthesia. This means it’s also affordable, convenient and reduces session time.

From the perspective of the patient, the experience will resemble a tingling sensation in the penis. The process is entirely painless, and there is no downtime for rest. This means that you can get your treatment in the morning, and be running by the afternoon.

After the treatment, a patient can certainly notice sensitive improvements and optimal results occurring in the next eight weeks.

The results are touted to last several years, which are greater sensitivity, increased spontaneity, better functionality.

Who Is the Procedure for?

The men that will have the best results with shock wave therapy are those who are likely to benefit from medications, such as Viagra and Cialis. But also young men who’re erectile nerves are not spared, those who don’t have cardiovascular issues or those who don’t have diseases that affect blood flow, such as diabetes.

Men with severe ED, men with diabetes or cardiovascular diseases, men who don’t respond to pills—will probably not respond to this treatment. These people should look at penile prosthesis, penile injections, vacuum devices, etc.

In reality, the truth is that the ideal patient is not identified. There are no obvious concerns about complications, but patients should be aware that the procedure might not succeed.

Nonetheless, if you try it, it might work, even though you were part of the group that was unlikely to respond to the treatment. In any case, until there is FDA approval, the use of restorative and shock wave therapies for the treatment of ED is experimental.

If you’re considering such therapy, you have to be aware of the benefits and risks.

What Are the Pros and Cons of the Treatment?

As mentioned earlier, it’s essential to be aware of the advantages and disadvantages of the procedure. So here we are.

As promised, the pros and cons of the treatments are:

The shock wave therapy is non-invasive and does not have downtime.

It is quick; each session doesn’t last longer than half an hour.

It is painless, and the intensity can be adjusted if discomfort should arise. The anesthetic can be requested if the penile nerves are too sensitive.

Results can last up to two years.

It works best when accompanied by several other treatments that target penile repair.

It takes 6 to 12 treatments for patients to see the effect, which means the price is high.

If you request high-intensity shock wave therapy, the process can be downright painful or simply uncomfortable.

Those with heart conditions should avoid shock wave therapy, those who take blood clotting medicines or anticoagulants or have nerve issues.

It works best when used in conjunction with other cellulite treatments.

Getting the Shock Wave Therapy

Temporary episodes of erectile dysfunction are common and even normal. Hormonal changes, lack of sleep, stress, alcohol use, among many factors, can make it harder to maintain an erection.

But if ED is frequent, and affecting your sexual life, one must see a doctor. If you’re interested in shock wave therapy, remember that it is experimental. This means that some doctors won’t want to employ it until research confirms it’s effectiveness and safety.

Nonetheless, if you’re determined, this shouldn’t sway you. Speak to a urologist about shock wave therapy and where you can acquire this treatment in your vicinity.

Keep in mind that your specialist might recommend traditional treatment first if you have not had it done yet.

Conventional treatments for erectile dysfunction are:

So if you know that you’re leading a poor lifestyle, try to change it. And if you don’t, but think you might — take a look at your life from another perspective. Be critical, and see what you might be doing that is harming your health and erectile capacity.

How Much Does Shock Wave Therapy for Ed Cost?

The former meaning you purchase a device for yourself and apply the treatment as outlined by the instructions. The latter meaning you employ the services of a trained professional to perform the sessions over a period of time.

For the latter, a session typically costs $500. And the number of sessions will be variable by your specific case, but regardless of this, shock wave therapy is an alluring and effective treatment.

But if that’s too expensive, you can get unlimited self-proponent sessions from us (FluentProducts), by buying one of our EDX therapeutic ultra-sound devices, which can be used on the penis and any other part of the body that you like. The device costs $499 + tax, and shipping is free.

So as you can see, shock wave therapy doesn’t have to be expensive, and if you’re worried about somebody messing up your junk, just do it yourself.

Now that you know everything you need to know about Li-ESWT, and even how much does shock wave therapy for ED cost, you are well on your way to determining the best course of action for your own treatment.

Even though it might seem that shock wave therapy is ineffective due to the lack of research and FDA-approval, in pure anecdotal reports, it is touted to perform miracles. So why not find out for yourself? In any case, it’s your body and your choice. No matter what you choose to do, it’s going to be the right thing to do for you.

So tread carefully. If you’re interested in learning more about our product, get in touch with us now, and we will happily accommodate your needs.

Contact us to learn more about EDX and shockwave therapy.